We’ve started adding stories which give both hope that recovery, or partial recovery, does happen, but also give inspiration to those who have to live with a lot of ongoing disability and suffering. Click to visit the page.

Raising awareness of the issues.

THE REALITIES OF BENEFITS PROVISION. 12th May 2015

Apologies to add to the monsoon of political posts but people with chronic illness are one of the groups who are already bearing the brunt of public spending cuts and I’m seeing first-hand a lot of the suffering it is causing for the people who get in touch with Elevate And this is before talk of a further £12 billion cuts which, if they go ahead, are likely to come mostly from working age benefits.

There is a common misconception that people claiming benefits on the grounds disability and chronic illnesses are either frauds, scroungers or living in excessive luxury, and that they’re draining huge amounts public spending. This is by some distorting media reports, and a DWP feed of selective stats which don’t show the whole picture.

The information on this website defining ME and CFS, and the ME/CFS research findings, show that most people with this illness are either too ill to work at all or are limited in how much they can work.

As for living standards, most of the people I know with ME/CFS can only afford the bare essentials and some are even having to keep their heating at such low levels it is unhealthy.

Disability benefits are a small proportion of welfare spending.

The image below shows that only a small proportion of welfare spending is on disability benefits.

Many in my local ME/CFS support group are having to go through long stressful battles get the benefits they need which can be detrimental to their health. We are fortunate to have the assistance of a voluntary benefits advisor/assistant/advocate but the system is still letting many people down. It was not long ago that it was said that 70% of appeals were successful which shows that the ‘Work Capacity Assessment’ is flawed. The government is now talking about scrapping the ‘work-related activity group’ of ESA. Do they they expect people suddenly go from not being able to work at all to full-time?

So what can you do to help?

You could write to your MPs. With the Tories having a weak majority, lobbying is more likely to make a difference.

Ask them to oppose cuts to disability benefits; to reform the Work Capacity Assessment; and make ensure people with disabilities and chronic illness can afford to live and have suitable transport to access the community and workplaces (especially in rural areas.)

A blog and a campaign about issues of social care. Anne-Marie recently had a meeting with MP George Freeman and which brought about a positive and proactive response.  protectthevulnerable.blog.com/

There is also a petition here .

On 6th June Elevate is planning a trip to the Sandringham Visitors Centre provided there’s not a monsoon!

2pm or later if it suits you better. N.B. the coffee shop closes at 4pm.

Those who are able to walk a little way, or have wheelchairs will be able to explore, and we chat either in the cafe or outside.

If you have ME/CFS and would like to go it would help if you can text Robin on 07538 801778 with your name to be added to a group text list in case of last minute changes or cancellation. You can also contact us by e-mail if you have an questions.

Some of you may be interested to know that the Duke and Dutchess of Cambridge, with their children George and newly born Charlotte will be based Amner Hall on the Sandringham estate for the next few years.  http://www.bbc.co.uk/news/uk-32613039 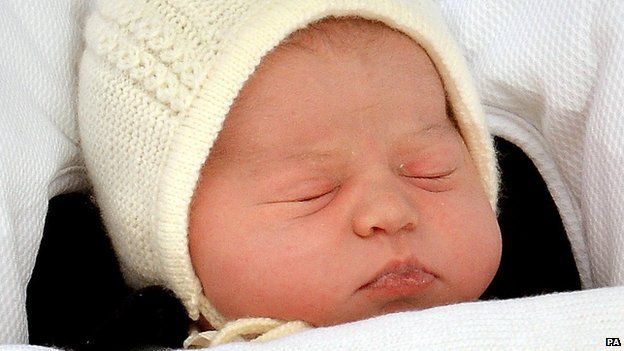 On the 20th of June Elevate will have an optional creativity area for those who would like to share and learn in the field of photography.  This will take place at 2:30pm as part of the usual monthly meetings at Wellspring Family Centre.

Photography is often a good hobby for people affected by ME and CFS because it’s possible to photography things even if a person is very unwell and has little physical ability. The results can be very rewarding and it can be easy to share the fun and interest with people online.

Here are some photos taken by Elevate member Emily.  You can check out more of her photograpy and craftwork which she sells on her website emilyradcliffe.co.uk   If you’re on Facebook and you have a chronic illness a great place for inspiration and sharing your photos is at www.facebook.com/groups/1418841361756437/ or search for “chronic photography” using the Facebook search.

At the Stanford University School of Medicine “Radiology researchers have discovered that the brains of patients with chronic fatigue syndrome have diminished white matter and white matter abnormalities in the right hemisphere.”

“In addition to potentially providing the CFS-specific diagnostic biomarker we’ve been desperately seeking for decades, these findings hold the promise of identifying the area or areas of the brain where the disease has hijacked the central nervous system,”  http://med.stanford.edu/news/all-news/2014/10/study-finds-brain-abnormalities-in-chronic-fatigue-patients.html

“Using a trio of sophisticated imaging methodologies, we found that CFS patients’ brains diverge from those of healthy subjects in at least three distinct ways,”

“CFS is one of the greatest scientific and medical challenges of our time,” said the study’s senior author,Jose Montoya, MD, professor of infectious diseases and geographic medicine.

The analysis yielded three noteworthy results, the researchers said. First, an MRI showed that overall white-matter content of CFS patients’ brains, compared with that of healthy subjects’ brains, was reduced. The term “white matter” largely denotes the long, cablelike nerve tracts carrying signals among broadly dispersed concentrations of “gray matter.” The latter areas specialize in processing information, and the former in conveying the information from one part of the brain to another.

That finding wasn’t entirely unexpected, Zeineh said. CFS is thought to involve chronic inflammation, quite possibly as a protracted immunological response to an as-yet unspecified viral infection. Inflammation, meanwhile, is known to take a particular toll on white matter. [see recent study on elevated levels of neuroinflammation in ME/CFS]

But a second finding was entirely unexpected. Using an advanced imaging technique — diffusion-tensor imaging, which is especially suited to assessing the integrity of white matter — Zeineh and his colleagues identified a consistent abnormality in a particular part of a nerve tract in the right hemisphere of CFS patients’ brains. This tract, which connects two parts of the brain called the frontal lobe and temporal lobe, is called the right arcuate fasciculus, and in CFS patients it assumed an abnormal appearance.

Furthermore, there was a fairly strong correlation between the degree of abnormality in a CFS patient’s right arcuate fasciculus and the severity of the patient’s condition, as assessed by performance on a standard psychometric test used to evaluate fatigue.